Cherry Blossoms in HoCo and DC

Washington, DC is famous for the cherry trees around the Tidal Basin, given to the city as a gift of friendship from the Japanese government over 100 years ago, and the 2015 National Cherry Blossom Festival will run from March 20 to April 12. 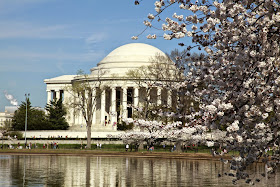 But Howard County has started its own cherry tree tradition via its Blossoms of Hope program, combining charitable giving with beautification of the County's parks and roads.

Howard County's cherry trees typically bloom a couple of weeks after the ones in Washington, ideally through the month of April.


Washington's Cherry Trees
The cherry trees that line the Tidal Basin (so called because this artificial body of water was created by dredging the Potomac River and the water flows out with the tide) are the heritage of 3000 cherry trees donated from Japan in 1912. 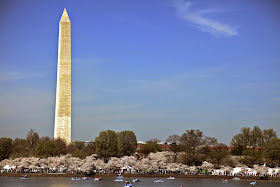 Today they complement the many memorials around the Tidal Basin, most famously the Jefferson Memorial.

In early Spring the various varieties of cherry trees burst into delicate pink and white blossoms, creating a riot of flowers that attract visitors (and especially photographers) from around the world. 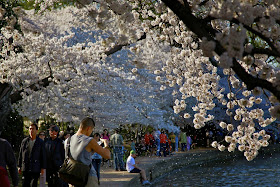 Today a series of events runs for over 3 weeks celebrating the blossoming including cultural events and ceremonies, culminating on the final weekend with the Cherry Blossom Parade (April 11 this year) along Constitution Avenue in DC.

Highlights of this year's schedule include:

There are also events throughout the period at museums, theaters, bars, restaurants, stores, and other venues around Washington DC. 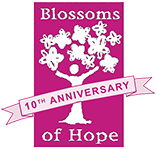 Howard County started the Blossoms of Hope program in 2003 to plant 1000 cherry trees to beautify the County while raising funds for the Claudia Mayer/Tina Broccolino Cancer Resource Center via the Howard Hospital Foundation.

Today over 1600 Kwanzan cherry trees (a variety with pink blossoms) flower in April throughout Howard County and over $225,000 has been raised for the cancer center.

Clusters of trees stand in Centennial Park, Savage Park, along highways, and have also been planted by residents.

Columbia was also the first community to receive three "legacy trees," saplings from the original cherry trees in the Tidal Basin in Washington.

These trees are on the far side of Lake Kittamaqundi across from Town Center in the Pat Kennedy Garden (named for the first and longest-serving President of the Columbia Association).