Multiple corn mazes and pumpkin patches open on a seasonal basis in the Fall on farms in Maryland and nearby sections of Pennsylvania.

Typically these venues start up in mid-September and run for about 6 weeks until around Halloween. 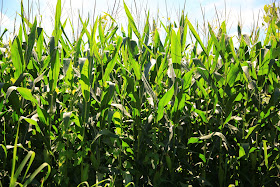 The mazes vary in size and complexity, and sometimes provide customers with a flag on a stick to raise in case they get lost and need to exit.

Some of these operations have become fairly sophisticated, with GPS-equipped tractors cutting the corn maze and additional activities such as hayrides, play areas, and pumpkin cannons.

Since we haven't visited any of these locations, these are just some examples to give you an idea of what's available in the area!


Summers Farm Pumpkin Cannon Candy Shoot. Over 100lbs of candy shot out of this today.
Posted by Summers Farm Adventure on Sunday, October 12, 2014